How Blockchain is Transforming the Coffee Industry

The applications of blockchain technology are manifold. We know about many applications in supply chain and logistics, but how does blockchain transform the coffee industry? We've made a shortlist of implementation examples and promising solutions that are already on the market.

US coffee giant Starbucks has presented a corresponding concept in late August 2020. According to the news agency Bloomberg, Starbucks decided to introduce code on the packaging that allows their customers to identify the origin of their coffee. Using a code on the packaging, they can find out where the beans come from and where they were roasted. This service even includes preparation tips from baristas.

According to Michelle Burns, Senior Vice President of Starbucks this flow of information is by no means a one-way street. Because the coffee farmers are also given a code that allows them to track the products they grow. The technology for this process is provided by software giant Microsoft.

Starbucks has been collecting the data on which the developed tool is based and processing it via blockchain for more than a decade. Of course, the coffee company does not only benefit from pure information. The project can also be understood as a kind of image campaign. Its goal is to attract consumers who think sustainably and, above all, young consumers. Many of them prefer the smaller stores and are skeptical of the big chains.

Focus on fair play in coffee production and here is why

Because fairness is becoming an increasingly important factor in shopping, especially for the millennials, global players like Starbucks feel a responsibility to inform their customers where their food comes from. The type of cultivation as well as the production conditions play a greater role for consumers today than they did a few decades ago. Fans of fair trade coffee want to be sure that the beans have been produced in a sustainable and ethical manner. As you already know, small coffee roasters, alternative coffee brewing methods and specialty coffee shops are in trend among those target groups. Coffee brewed from freshly roasted beans outperforms any mainstream coffee at least by richness of flavor and texture. Also, the new coffee lovers also do not want to support the exploitation of small farmers. This is forcing some of the world's largest food companies and agricultural commodity traders to make their supply chains more transparent. And for this they are turning to blockchain technology.

A similar initiative was recently launched by Starbucks competitor J.M.Smucker together with IT giant IBM (see below). Tracking coffee can be more complicated than it may seem at first glance. Sometimes beans from different farms fail. But there are also single-origin packages where all the beans come from one and the same farmer. This difference can now be investigated by the Starbucks customers themselves.

iFinca - product of a Colombian company Debut Infotech and aims to give farmers a stronger voice. The app promises complete transparency in coffee production. End consumers who scan the corresponding QR code on their coffee can then see how much the farmer has earned from her/his production. The product was released in October 2019 to transform one of the most intransparent businesses in the world - the coffee business.

Here is a quote from the platform presentation:

Last year (2018) the market price of coffee fell below the average production price for most coffee farmers. Transparency is often seen as a possible solution for increasing visibility in the supply chain. This gives farmers a stronger voice. The iFinca platform makes it possible for the first time to track the entire supply chain. From the farm to the roaster and into the café.

That’s true, iFinca focuses on the farmers. Apparently, a test run also revealed an increase in profits for small farmers. CEO Alexander Barrett also stresses the added value of the concept for the end consumer:

If each actor has access to the same information, they can build a mutually profitable relationship together. Farmers are then compensated fairly and roasters receive high-quality, ethically produced coffee.

A QR code scan also tells consumers the price the farmer received for the coffee.

The platform therefore kicks in early and rationalizes the procurement of coffee. This gives farmers at the beginning of the supply chain more control over the production route of the popular hot beverage. iFinca's app uses blockchain technology to verify purchases and generally improve supply chain efficiency.

3. Thank My Farmer and J.M. Smucker

As the IT giant IBM announced in July 2020, there is a new cooperation with the US food company J. M. Smucker, which is behind the major coffee brands Folgert, Café Bustelo and Dunkin'. The common goal is to closely monitor the supply chain of Colombian coffee. Once it reaches the producer, the coffee farmer can receive donations via a blockchain-controlled system. The money is then used to expand the local infrastructure.

"Even before that, digital technology enabled us to closely track the coffee supply chain and ensure that farmers receive fair payment," said Paul Chang, head of Global Blockchain at IBM. "But now we are going one step further and enabling customers to support farmers directly."

IBM works together with Thank My Farmer

In Colombia, the iFinca app mentioned above is already a project that promises greater transparency in coffee cultivation. What makes tracking in the case of coffee so complicated is the fact that there are around 25 million farmers who grow those tiny green coffee beans. The project by IBM and the Swiss start-up Thank My Farmer uses the advantages of blockchain for all parties involved. Not only the production process can be tracked in detail, but also the distribution of profits. This is different from many other projects in the food industry, which control only the supply chain.

With J. M. Smucker, IBM has brought on board the undisputed market leader in coffee in the USA. In addition to brands such as Folgert, Café Bustelo and 1850, the company is known in Germany through its Dunkin' Donuts stores. The turnover of J. M. Smucker is 12 billion US dollars per year. J. M. Smucker's coffee is drunk in around 90 percent of all households in the USA and in many restaurants.

Buyers of Zoégas brand coffee will be able to trace the origin of the beans via a blockchain. This is the aim of a project by the food company Nestlé. The Swiss company joined the IBM Food Trust in early 2019, which uses a cloud-based block chain solution. The Food Trust sees itself as a network of producers, suppliers, manufacturers and retailers. According to IBM, members can define user-defined access levels when using the block chain.

Nestlé applies a QR code to Zoégas coffee packaging, which consumers scan. They then receive information about coffee farmers, harvest time, roasting time and a certificate for each delivery, for example. For the first time, the Group is acting as a partner of the Rainforest Alliance, a US-based non-governmental organization that promotes sustainable agriculture and issues certificates.

Bext360, a company that develops technologies for the modernization of supply chains was one of the first companies that developed block chain for tracking coffee. In a pilot project, the production chain of a Ugandan coffee producer working for Coda Coffee was completely tracked using a blockchain, artificial intelligence and the Internet of Things.

The coffee produced within this project is now sold as a specialty in Coda Coffee stores in Denver. The coffee is sold in typical package sizes, with each package having a unique ID. After purchase, customers have the opportunity to follow the coffee's journey. This allows them to identify the coffee grower, the quality of the bean and the price of the batch. All this data is stored on the block chain and is intended to increase fairness in trading.

Since its founding in April 2019, Bext360 has taken many important steps to create transparency and transform the supply chain. For example, the company has developed a profitable program in collaboration with Moyee Coffee to optimize coffee production in Ethiopia. This program is based on fair payments, which are secured by block chain technology. In addition, Bext360 was able to acquire Caravela Coffen and Frinj Coffe, two well-known cooperation partners for further projects.

Even though coffee is one of the most traded commodities, its supply chain remains antiquated. Most of the coffee is produced by small suppliers, often from developing countries. These coffee farmers often have to accept unfair conditions such as bad or late payments to secure their business. But the younger generation is changing, so they are willing to pay for transparency and fair wages. The 5 projects we listed showcase how block chain is changing the coffee industry.

While big players like Nestle and Starbucks are trying to improve their image by using blockchain, we sympathize projects like Bext360 and iFinca as they really change lifes of the farmers, promote sustainable agriculture, contribute to coffee quality and values we share. 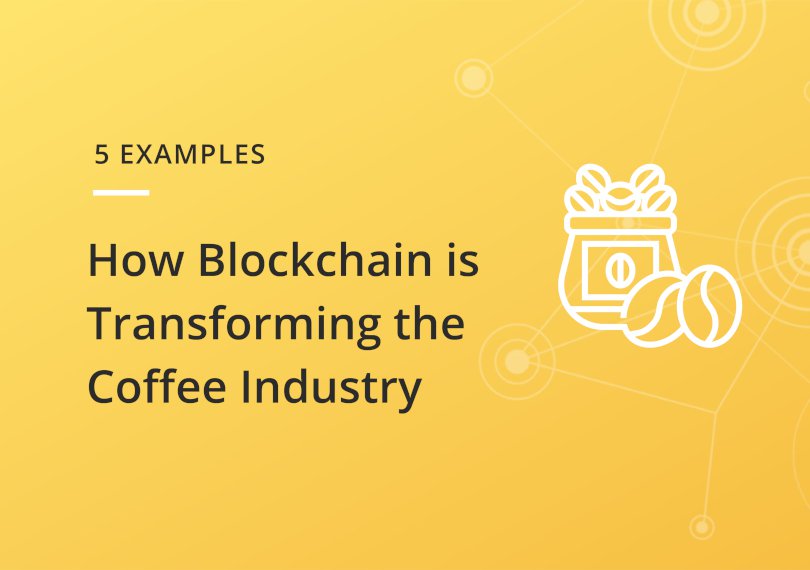 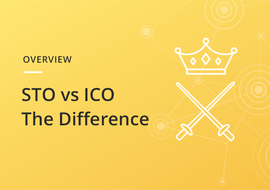