The origin and future of Blockchain technology in Latin America

Blockchain Summit Latam (BSL) is a conference that was launched with the focus of congregate, encouraging and adopt the use of Blockchain technology, and the impact that this will have both at a public and private level in the world. The connection between developers and promoters of Blockchain at a Latin American level with regulators and industry leaders is one of the main objectives of this event.

In this second version, after a tremendous event in Chile, we will have the participation of more than 25 speakers, from different areas of action such as technical, regulatory, commercial, among others. More than 600 participants will attend this two-day event, where the first is focused on developers and startups, with technical days, ending with a Hackathon For the second, business days and regulation, focused on connecting all the players in this industry in Latin America.

Colombia has a cryptoassets market in development, being one of the leaders in adoption in Latin America. Only in LocalBitcoin were traded more than US$ 45 million during the last year. They also have 10 Bitcoin ATMs. During the last year important projects based on Blockchain have been implemented, highlighting the voting project in Rafael Bernal School in Bogotá. There is a important pole of development in Colombia on Blockchain technology. 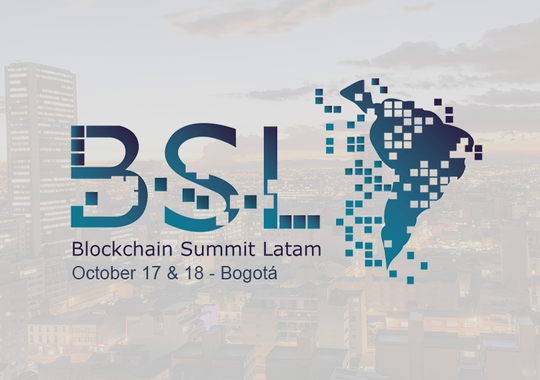